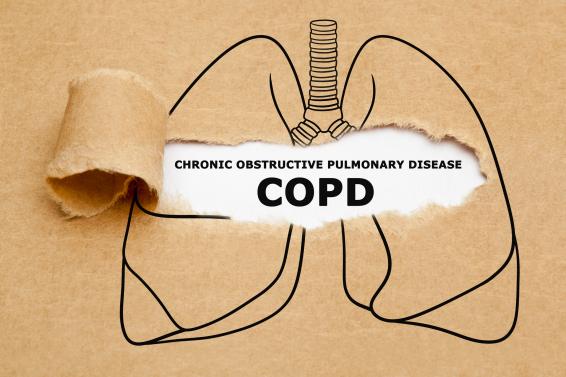 An unfortunate side effect for many people with chronic obstructive pulmonary disease (COPD) is fatigue. According to the Centers for Disease Control and Prevention (CDC), “COPD refers to a group of diseases that cause airflow blockage and breathing-related problems.” Symptoms of COPD make breathing difficult for the estimated 16.4 million Americans who live with this disease. The added stress on the body from labored breathing can easily lead to overall fatigue.

You may also experience weakness and exhaustion due to your body’s reduced oxygen supply, another side effect of COPD.

How to Improve Symptoms of COPD

It may feel like you’re fighting an uphill battle, especially due to COPD’s progressive nature, but there are simple lifestyle changes you can implement to help manage COPD-related fatigue.

COPD is rarely diagnosed in its early stages as symptoms become more prevalent as it progresses. According to the Mayo Clinic, signs of COPD may include:

Often, COPD is not screened for or identified until substantial lung damage has already occurred. While symptoms may not be apparent in the early stages, stay vigilant and aware of any changes in respiratory function, especially if you smoke or used to smoke.

There is no cure for COPD, but these tips may help to mitigate symptoms that disrupt daily life.

Giving up cigarette smoking is hard, and may require multiple attempts, but don’t give up. Smoking is the number one cause of COPD and does substantial damage to your lungs. Avoid worsening damage and symptoms of COPD by quitting smoking as soon as possible. Helpful resources are available, and many are free.

Lack of exercise due to fatigue may perpetuate the problem and result in you losing stamina and becoming tired more easily. By making fitness a regular part of your routine, you’ll work to improve your VO2 max, a common metric used to understand your fitness level and how much oxygen your body uses while exercising, and lung function.

Proper diet and exercise will boost your overall health and substantially improve symptoms of COPD. In addition to eating a healthy diet and staying active, easy habits to implement include, getting your annual flu shot, staying hydrated and using a humidifier at night.

You may feel a little silly at first, but you’ll feel much better after practicing some proven breathing exercises. Lung HelpLine respiratory therapist, Mark Courtney explained, "Our lungs are springy, like [a screen door with a spring]. Over time, though, with asthma and especially with COPD, our lungs lose that springiness. They don't return to the same level as when you start breathing, and air gets trapped in our lungs." When you have COPD, it takes more work to breath, but exercises can build on your strength and give you some of the “springiness” back.

Sleep is one of the most beneficial and restorative activities we can do with our bodies and getting enough of it is vital to overall wellness. COPD symptoms will inherently affect your level of fatigue, so ensure you’re getting enough sleep so you’re able to use the energy you do have in the most efficient ways possible.

COPD is a very common disease that needs to be treated as soon as possible to help slow its progression. There is no cure for the disease, but these tips should help ease symptoms and allow you to continue to participate in daily tasks and activities.

To learn more about treatment options, schedule an appointment to speak with your primary care provider (PCP).