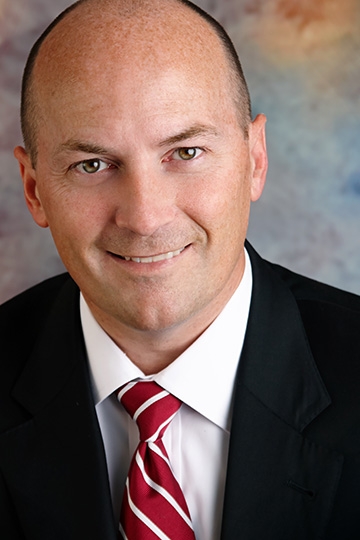 LMC is the flagship hospital of the Lovelace Health System, dedicated to exceeding patients’ expectations and offering unparalleled health care. It offers New Mexico’s only Gamma Knife Center, specializing in non-invasive brain surgery. LMC is home to a state-of-the-art Cancer Care program, which features the state’s most advanced technology and most experienced team in the fight against cancer. It has also earned The Joint Commission’s certification as a Primary Stroke Center, as well as the American Heart Association/American Stroke Association’s Gold Plus award for commitment to quality patient care.

Before taking the helm at LMC Troy was chief executive officer for Lovelace Westside Hospital (LWSH). Under his direction, the facility has undergone a $4.5 million renovation, which created an obstetrics unit with nine private labor/delivery/recovery and post partum rooms. He has also led the hospital toward new, state-of-the-art services, icluding in pulmonology, critical care and bariatrics. He renovated the hospital’s 24-hour emergency department, which now offers patients the ability to see a provider in about 30 minutes or less.

He has also helmed numerous technological advancements at LWSH, including the addition of the Westside’s first 64-slice CT scanner, digital mammography and state-of-the-art MRI capability. He has also oversaw the addition of the only inpatient pediatric unit, providing care to children in Rio Rancho and Albuquerque’s Westside.

Troy has been named a top-performing CEO by New Mexico Business Weekly and an honoree of the publication’s Forty Under 40 award, which recognizes leadership of those under 40 years old who are helping shape and improve the state. Under his leadership, LWSH was named among the top 50 Best Places to Work in Healthcare in the nation, according to Modern Healthcare magazine. It was also named a Top Performer on Key Quality Measures from The Joint Commission and earned a Roadrunner Recognition from New Mexico Quality Award. Under Troy’s leadership at LMC, the hospital was named to Modern Healthcare’s Best Places to Work in Healthcare three years running. LMC also earned the Platinum Award of Quality in 2016