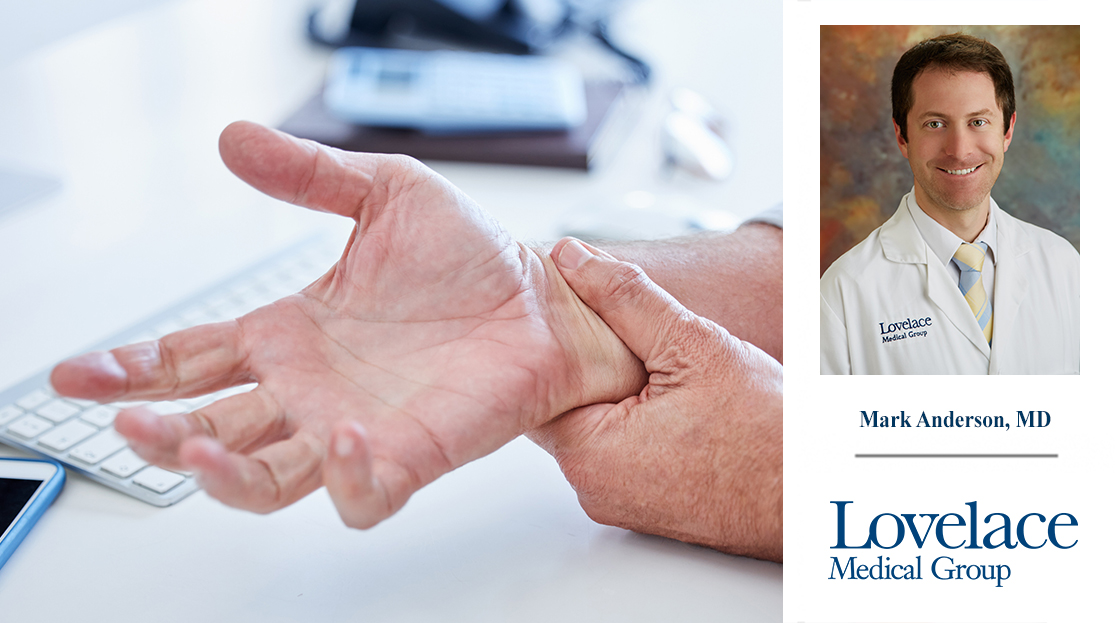 “I probably developed carpal tunnel issues in my wrist from playing racquetball all those years,” said John, “but I now have trouble gripping something with my right hand.” 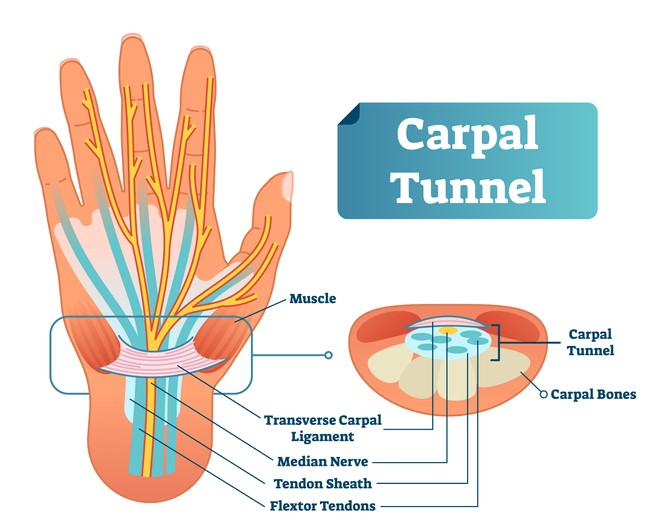 “Most of the grip strength with my right hand is with the middle and fourth fingers and my thumb,” said John. “But the numbness in those 3 main fingers kept increasing. I knew that if I didn't do something about it, it was only going to get worse.”

John’s numbness in his fingers was attributed to carpal tunnel syndrome in his right wrist.

The carpal tunnel is the space in between the wrist bones and the Transverse Carpal Ligament that forms the roof over the wrist. Going through this tunnel are 9 tendons and the median nerve, one of the main nerves to the hand.

Symptoms of carpal tunnel syndrome include numbness, pain, and weakness of the hand at night or when driving. You should seek care if you have symptoms that interfere with your sleep or daily life.

Without treatment, nerve damage can progress and may become permanent. There may be other causes of hand numbness at work, so it is important to seek professional care. Treatment options may include brace wear, injections, or surgery. A nerve conduction study/electromyography, ultrasound, or MRI are often obtained for work up.

To alleviate the numbness and pain in John’s wrist, Dr. Mark Anderson surgically released the ligament from the muscle to relieve pressure on the nerve and prevent the worsening of symptoms. Prolonged carpal tunnel syndrome can cause permanent nerve damage, making recovery difficult.

“Dr. Mark Anderson did absolutely exceptional work on my carpal tunnel release surgery. It has healed flawlessly, with a scar that will be indistinguishable. I am amazed," John said.

John has already felt the numbness in his right hand lessen. He hopes that full sensitivity returns within the year.

“It’s remarkable how quickly I recovered all my grip strength after the surgery. I’m looking forward to doing a bit of gardening around the house, especially squeezing those pruning tools,” he said.

If you think you have or are developing symptoms of carpal tunnel syndrome, it is important to seek care early. Schedule an appointment by calling (505) 727-2727 or by visiting our website.