With Only Hours to Spare, Transfer to Lovelace Medical Center Saves Sara's Life 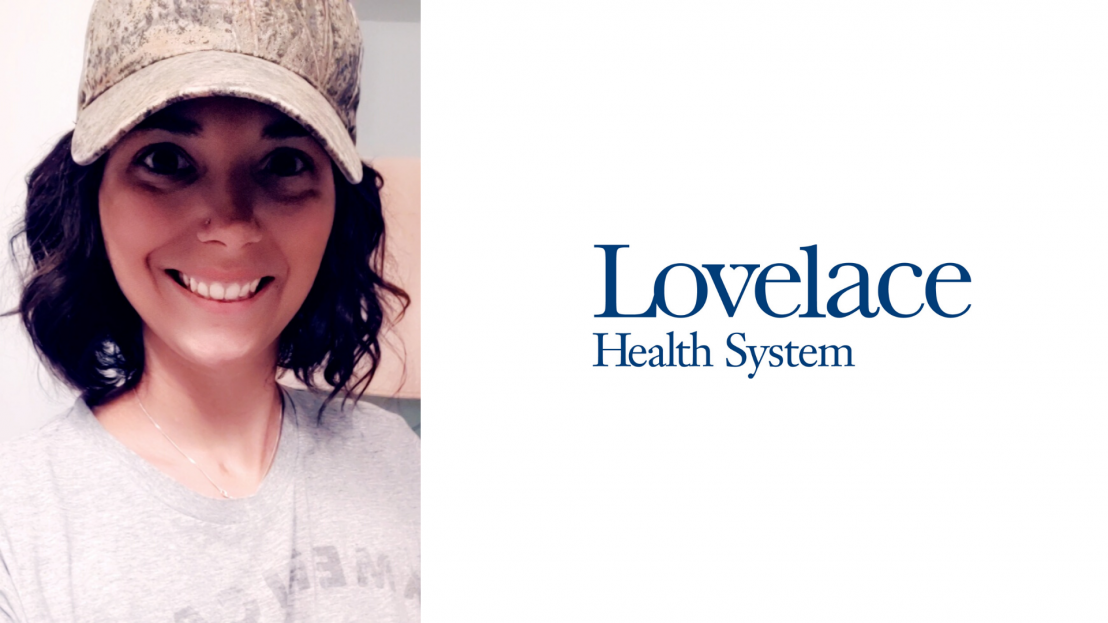 Waking up on her day off, Sara Piro looked in the mirror to find that everything was normal, except for the fact that she was yellow. Sara had jaundice, a condition in which the skin turns yellow because of a high level of bilirubin, a yellow-orange bile pigment. For the last six months, she had been going to a local emergency room with extreme pain. The cause wasn’t further investigated until she showed up again with yellow skin.

Sara was admitted to a local hospital and set to have surgery. What should have been a routine procedure resulted in catastrophic complications that would threaten Sara’s life.

“Originally I was in the hospital for a gallbladder removal, but I was just diagnosed with lupus three weeks before, so I wasn't on any medication and they didn't know how severe it was,” says Sara. “From the surgery it just kind of went downhill from there.”

A week after her surgery, things did indeed go very downhill, with Sara having to be placed on life-support. She then spent four months in the hospital while her condition worsened. Eventually the hospital caregivers realized her need for more intensive care and transferred her to Lovelace Medical Center.

The timing couldn’t have been any more critical.

Dr.  David Hoang and his team brought her immediately into surgery. They found a colon blockage from a fistula that had been in her pancreas.

After the initial surgery to save Sara’s life, her health battle wasn’t over. She underwent several more surgeries and spent the next month in the ICU.

“The staff helped me through my recovery a lot,” recalls Sara. “It was a very emotional time for me. No matter what worries I had, they would always give me reassurance.”

Even when being in a hospital for an extended time took its toll, Lovelace Medical Center caregivers were there to help her in any way they could.

“I developed hospital psychosis. You lose track of time, you lose track of days,” says Sara. “I didn't know whether it was day or night, what day it was, how much time had gone by. That was extremely difficult for me too. They were able to really help me during that time.”

Now Sara is well into her recovery. She went back to Lovelace Medical Center to reverse her colostomy.

“They were able to put everything back where it went,” says Sara. “I no longer have to live with one, hopefully for the rest of my life.”

It was a long journey for Sara to get back to her old life with good health, but Sara feels lucky to have eventually found the right care.

“The hospital I was at before I went to Lovelace, I know they were doing everything possible to help me and they were trying to save my life, but it was Dr. Hoang and his team that truly saved my life,” says Sara. “I feel like without them that I would have died. I give them all the credit. They saved my life and I’ll always be grateful.”