Double Knee Replacement Surgery Puts Patient Back on His Feet 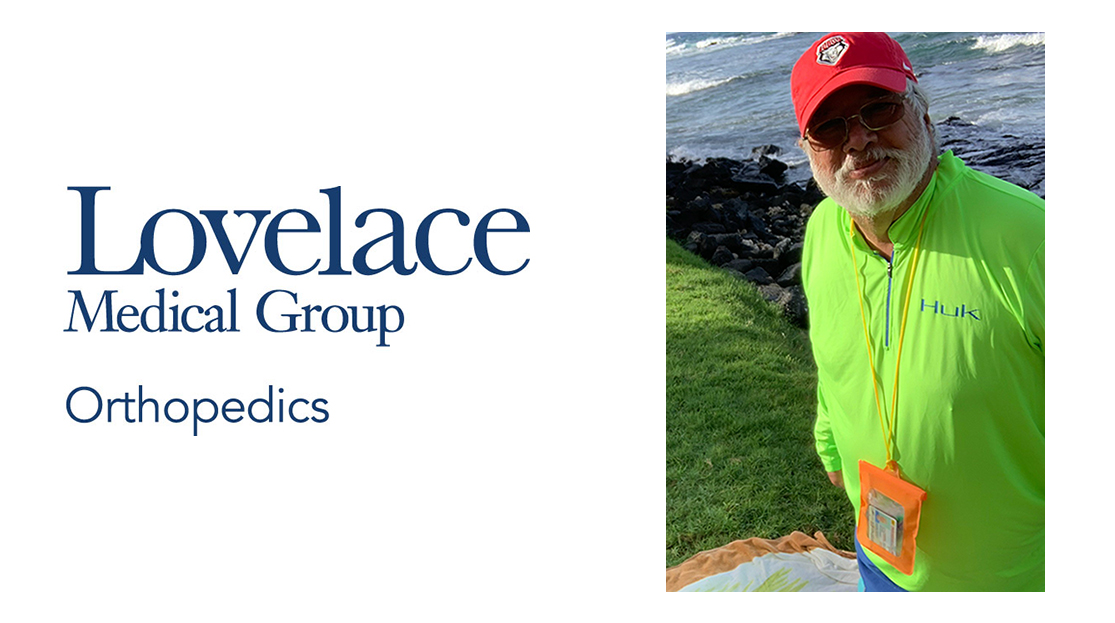 Art Lucero has been active his entire life, staying in shape playing tennis and volleyball and swimming. He lived with a sore right knee from a old basketball injury, but that didn’t stop him from riding his bike to work for 15 years. While he has had some aches and pains along the way, wrapping a bandage on his knee for a couple of days would typically take care of the pain.

However, things started to change when he turned 64. The pain seemed to last longer after each activity. Some days he would walk out to the garage, tinker around a bit and feel the pain mounting again.

“Around the time I turned 65, my knee continued to be sore, and as time went on, it became a chronic, progressively worse case of knee pain,” said Lucero, now 71.

That’s when his wife read about the new Mako SmartRobotics™ technology at Lovelace Medical Center. If her husband were to need knee replacement surgery, they could stay in Albuquerque without driving to Durango or even Tucson.

“We are very pleased to have the Mako SmartRobotics™ technology for total knee, partial knee and hip replacements here at Lovelace Medical Center and Lovelace Westside Hospital,” said Christopher Hanosh, M.D., an orthopedic surgeon at Lovelace Medical Group.“The transformative technology allows us to take care of our patients with a more precise tool in the operating room. This results in potentially quicker recoveries and better outcomes for our patients.”

The Luceros scheduled an appointment with Dr. Hanosh, who ordered x-rays of Art’s knees. He diagnosed Lucero with osteoarthritis in both knees, a type of arthritis that occurs when flexible tissue at the ends of bones wears down.

The Luceros decided then that he should get both knees totally replaced during two surgeries, spaced four weeks apart.

“I was pretty scared,” said Lucero. “I've never been hospitalized, so I was kind of fearful of having the operation and of having to spend the night there. But, I can say I was pleasantly surprised by how nice everyone was to me. They took the time to talk to me; even the technicians in the operating room. Of course they were professional, but they were so personal, very engaging,” said Lucero. “Dr. Hanosh’s staff was also very helpful with many phone calls to check on me, follow up on the surgeries, etc.”

Both surgeries were successful and Art is getting around well with just a cane for balance. He doesn’t expect to use the cane much longer, especially during his upcoming trip to Hawaii with his wife.

“The last time we went I could not hike on the trails to see the waterfalls, even if they were only a half mile away,” said Lucero. “I’m also looking forward to going on the beach and getting in and out of the water much easier this time.”

Both Lucero and his wife are happy that this technology is at Lovelace Medical Center. “We feel lucky to have this level of care in Albuquerque,” they said.