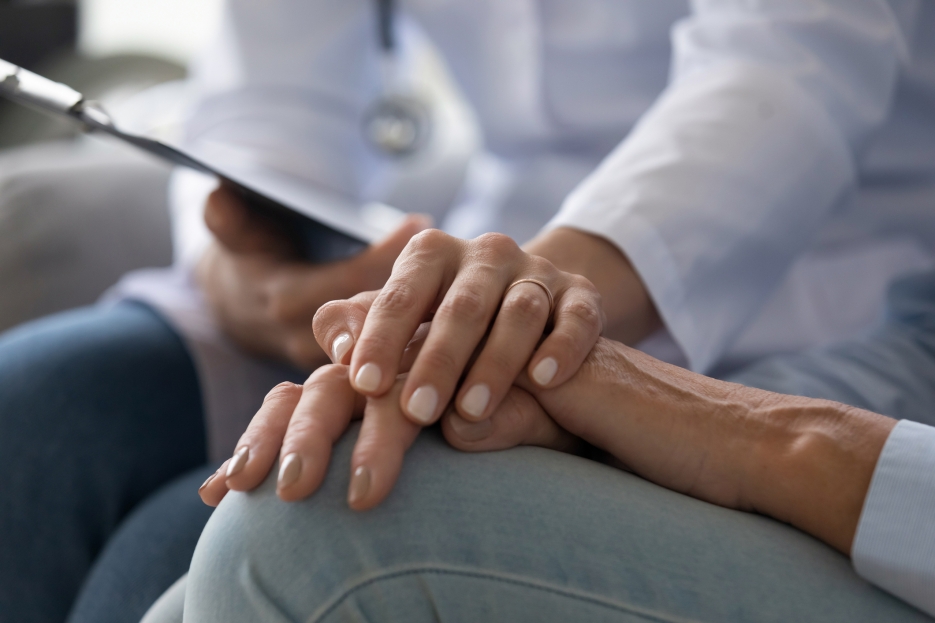 “Her urine test came back dirty. She is a drug user.”

“She tested positive for an illegal substance. She may have substance use disorder.”

Do you notice the difference in the words used in each sentence? The same person is experiencing the same outcome, but the first sentence has words that are dehumanizing and condemning, while the second sentence has words that separate a person from her addiction. Certainly, this person may have an addiction, but she is still a person who deserves dignity and respect. The second option is an example of using compassionate language. When we use words that provide a hopeful and ultimately more correct perspective, we offer people an opportunity to be seen and heard.

We do not have to agree with how a person is living to address or refer to that person with compassion and respect. When a person has Substance Use Disorder, here are a few compassionate terms that can go a long way in changing the way we sound and think about others.

Another way to show compassion for people in our community is by using correct terminology for the LGBTQIA+ (Lesbian, Gay, Bisexual, Pansexual, Transgender, Genderqueer, Queer, Intersexed, Agender, Asexual and Ally) community. Some words should not be used out of respect. A complete list of terms can be found here. Just as we address others by their titles like Mr., Ms., Dr. and President, we can show kindness and respect to everyone by using compassionate language. Think about an endearing nickname someone has used for you. What does it mean to be someone’s bug or boo or darling? The words we use do have power to build and make positive changes in our communities.

Do you know someone who is pregnant and who needs Medicated Assisted Treatment for Substance Use Disorder? Call GRACE at Lovelace 505.727.5000. For any appointment with any provider, call Lovelace Care Concierge 505.727.2727.